Noninvasive Prenatal Testing: A New Genetic Screening Tool for Use by Pregnant Women

During the past six years, advances in genetic technology completely have changed the way women and their health-care providers approach genetic testing during pregnancy.

Noninvasive prenatal testing (NIPT), one of the newest additions in genomic testing, is a simple blood test that can tell a lot about a baby’s likelihood of having certain genetic conditions.

“Noninvasive prenatal testing is a great screening tool that  can be performed earlier than other screening or diagnostic tools and is less invasive than other tests  used to diagnose prenatal genetic conditions,” says Leslie Benson, MS, CGC, prenatal genetic counselor in the Department of Obstetrics and Gynecology at Banner – University Medical Center Tucson and a member of the UA’s Center for Applied Genetics and Genomic Medicine.

While there are numerous benefits to this type of testing, including lowering the number of invasive tests performed on low-risk pregnancies, the test does have some limitations. “While NIPT has really expanded the use of genetic testing in prenatal care, it’s important to remember that it can’t tell us everything,” says Ms. Benson. “No test can guarantee a perfectly healthy baby.” 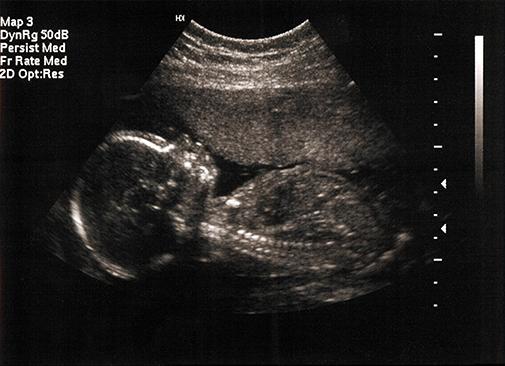 NIPT is a screening test, not a diagnostic. It can be used to flag women who may have a higher risk of having a baby with one or more of the chromosomal abnormalities for which  it tests. It cannot be used alone to tell whether a baby definitively has a certain condition. If you have received a normal result through NIPT, it is important to continue with standard prenatal care, including scheduled ultrasound exams and doctor visits. If you have received a positive result on NIPT, you can discuss options for diagnostic testing with your physician or with a genetic counselor.

Researchers continue to expand this technology to tackle other health-care problems. For example, ongoing research is identifying ways that high-throughput DNA sequencing can be applied to liquid biopsies, in which DNA from a simple blood or urine sample is analyzed to detect, monitor and identify cancers or help improve the precision of targeted therapies. Just as NIPT has revolutionized prenatal genetic testing, and may become the standard of care, researchers in this field are confident that continued advances in DNA sequence analysis will continue to transform other areas of medicine.

About the Author: Valerie Schaibley, PhD is the Administrator for the Center for Applied Genetics and Genomic Medicine at the University of Arizona Health Sciences, where she works to advance precision health in the state of Arizona.  . . . END_OF_DOCUMENT_TOKEN_TO_BE_REPLACED

About the Author: Kenneth S. Ramos, MD, PhD, PharmB, served as associate vice president for precision health sciences at the University of Arizona Health Sciences, director of the Center for Applied Genetics and Genomic Medicine and the MD-PhD Program, and professor of medicine. . . . END_OF_DOCUMENT_TOKEN_TO_BE_REPLACED

Helping Your Doctor Overcome Medical Bias of Minority Patients
Keep Your Skin Safe from Summer Sun
Do Speed Cameras Make Us Safer?
Have Your Wine and Chocolate, Too? Sweet Heart Month Eating Tips