Your Sight Matters: Finding a Cure for Macular Degeneration 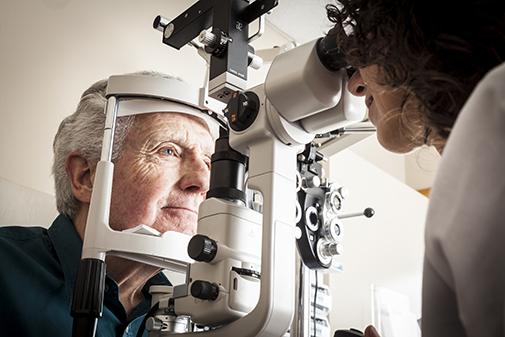 Age-related macular degeneration (AMD) is the most common cause of blindness in individuals over age 55 in developed nations and more than 10 million people in the United States have AMD, according to the Foundation Fighting Blindness.

AMD is particularly prevalent in the Southwest, with its large retired population; in Arizona alone more than 2 million people were age 50 or older in 2010, according to the U.S. Census Bureau.

The cause of AMD is unknown, but several risk factors — such as race and smoking — have been identified. Unfortunately, AMD cannot be prevented, and limited treatment options exist for those affected by the disease.

Dry AMD is the most common form. Beyond vitamin supplements, which show limited effectiveness in slowing vision loss, no treatment options are available.

Wet AMD involves the formation of abnormal blood vessels in the retina, a thin layer of tissue on the inside back wall of your eye. These new vessels often leak in the eye, further disturbing the tissues responsible for vision. Treatments can stop the growth of these blood vessels, which helps slow the progression of the disease in some patients, but this treatment plan requires repeated injections in the eye, which is painful, inconvenient and very expensive. 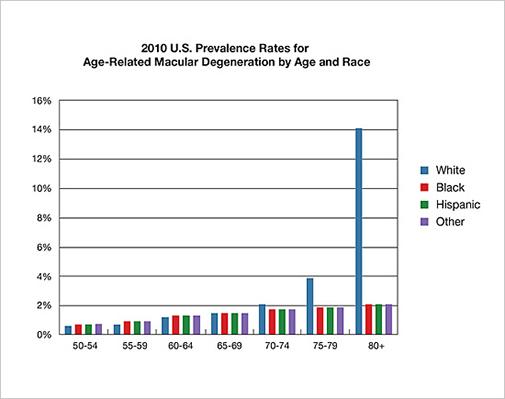 In short, better strategies to treat or prevent AMD are needed. In response, the McKay Laboratory at the University of Arizona has taken a new approach to stop the progression of AMD, based on the natural history of the disease.

It turns out the disease is much more widespread in the white population. Based on this information, researchers developed the hypothesis that pigmentation – a person’s natural coloring – appears to protect people from developing the disease. To test this hypothesis, the Mckay Lab and collaborators discovered a signaling pathway, a communication process that manages cell activity and actions, in the pigmentation system that protects the retina.

In addition, a molecule that can activate this pathway was discovered, suggesting this molecule could be targeted to treat or prevent AMD. The molecule, called  Levodopa (L-Dopa), is a naturally occurring molecule made in all pigmented tissues, including the retinal pigment epithelium of the eye, where it has a role in maintaining a healthy macula, the part of the eye’s retina that provides the most high-acuity color vision. 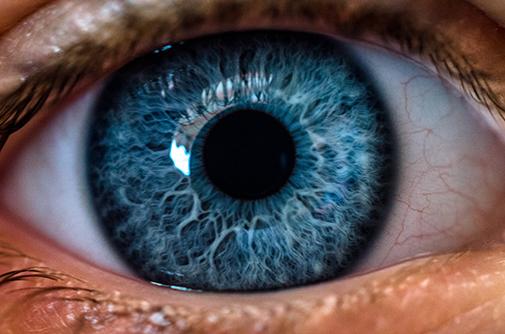 The combination medication carbidopa-leveodopa targets the L-dopa molecule and is the predominant treatment for movement disorders like Parkinson’s disease. L-Dopa has been the gold standard treatment for Parkinson’s since the mid-1960s, so its safety history is well-documented.

If taking a synthesized form of L-Dopa activates a signaling pathway in the pigmentation system that appears to protect from AMD, do people taking L-Dopa for Parkinson’s get AMD?

With data from medical records of more than 87 million individuals in the United States, researchers found that those prescribed L-Dopa were much less likely to develop AMD. In addition, the age of onset was delayed by more than eight years. L-dopa appears to prevent and delay AMD.

The lab continues to study AMD by investigating pigmentation from tissues involved in the disease. The McKay Lab is unique, in that it bridges the gap between basic laboratory sciences to clinical studies of the drugs discovered. Lab members work with community clinical collaborators Robert W. Snyder, MD, PhD, and Timothy Fagan, MD. Three clinical trials have been developed to test the effect of L-Dopa on AMD. 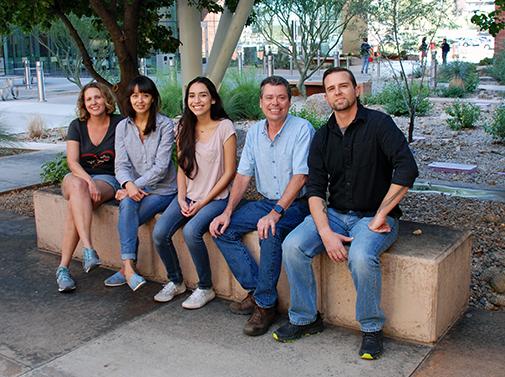 In science and medicine, the gold standard in determining whether a drug works is proof from clinical trials such as these. Your participation may help your vision or the vision of someone you care about, but also will help to illuminate a path forward to prevent or treat this terrible and common blinding disease.

About the Author: Anna G. Figueroa received a Bachelor of Science degree from the University of Arizona in 2018, studying Neuroscience and Cognitive Science, Physiology, and Anthropology.  . . . END_OF_DOCUMENT_TOKEN_TO_BE_REPLACED

About the Author: Brian S. McKay, PhD, is an associate professor in the Department of Ophthalmology and Vision Science at the Univeristy of Arizona College of Medicine – Tucson. . . . END_OF_DOCUMENT_TOKEN_TO_BE_REPLACED