Boost Your Immunity with the Flu Vaccine

It’s fall, which means flu season has begun. Seasonal influenza (flu) viruses lurk year-round, but circulation ramps up in the fall and peaks during the winter. Luckily, there are many ways to protect yourself against flu, such as avoiding close contact with people who are sick, washing your hands, and avoiding touching your eyes, nose and mouth. In addition to practicing those healthy habits — which can protect you from other bugs as well — you can obtain a flu vaccine, which teaches your immune system to recognize common flu viruses and attack them before they can do damage.

Immune cells march through our bloodstreams, on the lookout for invaders. These immune cells come in two flavors: innate and adaptive.

“The innate immune system is your first line of defense,” explains Michael Kuhns, PhD, associate professor of immunobiology at the UA College of Medicine – Tucson. “These cells are sentinels, and they’re always at the ready in the event that you have a cut or some other insult that allows a pathogen into your body.”

Innate immune cells are generalists — jacks of all trade that can offer immediate, but nonspecific, protection from bugs. They include macrophages, eating machines that roam the bloodstream, gulping down and digesting germs. They leave behind pieces of these invaders called “antigens.”

And this is where the adaptive immune system’s job begins. 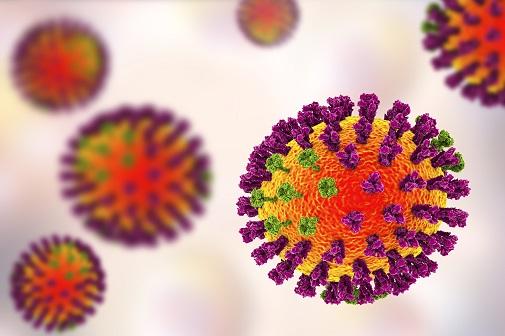 “These cells adapt to the challenge,” Dr. Kuhns says. “They make fine-tuned antigen receptors that can target pathogens in a highly specific manner.”

Adaptive immune soldiers called B cells use the antigens left by macrophages as templates to design custom-made antibodies. The next time that bug attacks, the immune system recognizes its antigens and deploys those antibodies, which attach to the pathogens and flag them for destruction by T cells. The adaptive immune system performs its tasks under the supervision of “helper” T cells called CD4 cells.

Because it takes the immune system a couple of weeks to manufacture antibodies, you might get sick before your immune system can bring the infection under control. That’s where vaccines like the flu shot come in. They give your immune system a sneak preview of a dangerous bug’s antigens, allowing it to create antibodies ahead of time. That way, instead of waiting two weeks, it can spring into action the instant that bug is detected. 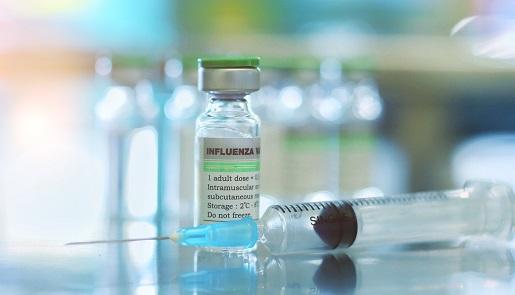 Worldwide, millions of people come down with the flu every season, and tens of thousands of them die as a result. Seasonal flu vaccines are reformulated every year to provide protection against the flu viruses predicted to predominate that season. They are recommended for everyone 6 months and older unless they have life-threatening allergies to vaccine ingredients — and the CDC recommends getting the vaccine before the end of October.

Each year the flu vaccine prevents millions of illnesses and tens of thousands of hospitalizations. It’s not 100% effective, but it reduces the risk of catching the flu and can decrease the severity of symptoms if you do catch it. UA students can receive a flu shot at UA Campus Health, employees can obtain free flu shots through Life & Work Connections, and anyone can get the vaccine at drugstores, the health department or other clinics — click here to find a flu shot near you. If you don’t have insurance, the out-of-pocket cost could be in the ballpark of $20 to $40.

About the Author: The University of Arizona Health Sciences is the statewide leader in biomedical research and health professions training. . . . END_OF_DOCUMENT_TOKEN_TO_BE_REPLACED

Use Mindful Eating to Change Your Relationship with Food
Five Common Misconceptions about Hospice Care
A Matter of Choices: 3 Easy-to-Swallow Tips for Changing Your Cancer Risk Through Dietary Choices
Your Sight Matters: Finding a Cure for Macular Degeneration