A Genetic Approach to Treating Glioblastoma

University of Arizona Health Sciences scientists hope they have made progress toward a drug that may slow tumor growth and boost radiation’s effectiveness in patients with the deadly brain cancer.
January 30, 2020 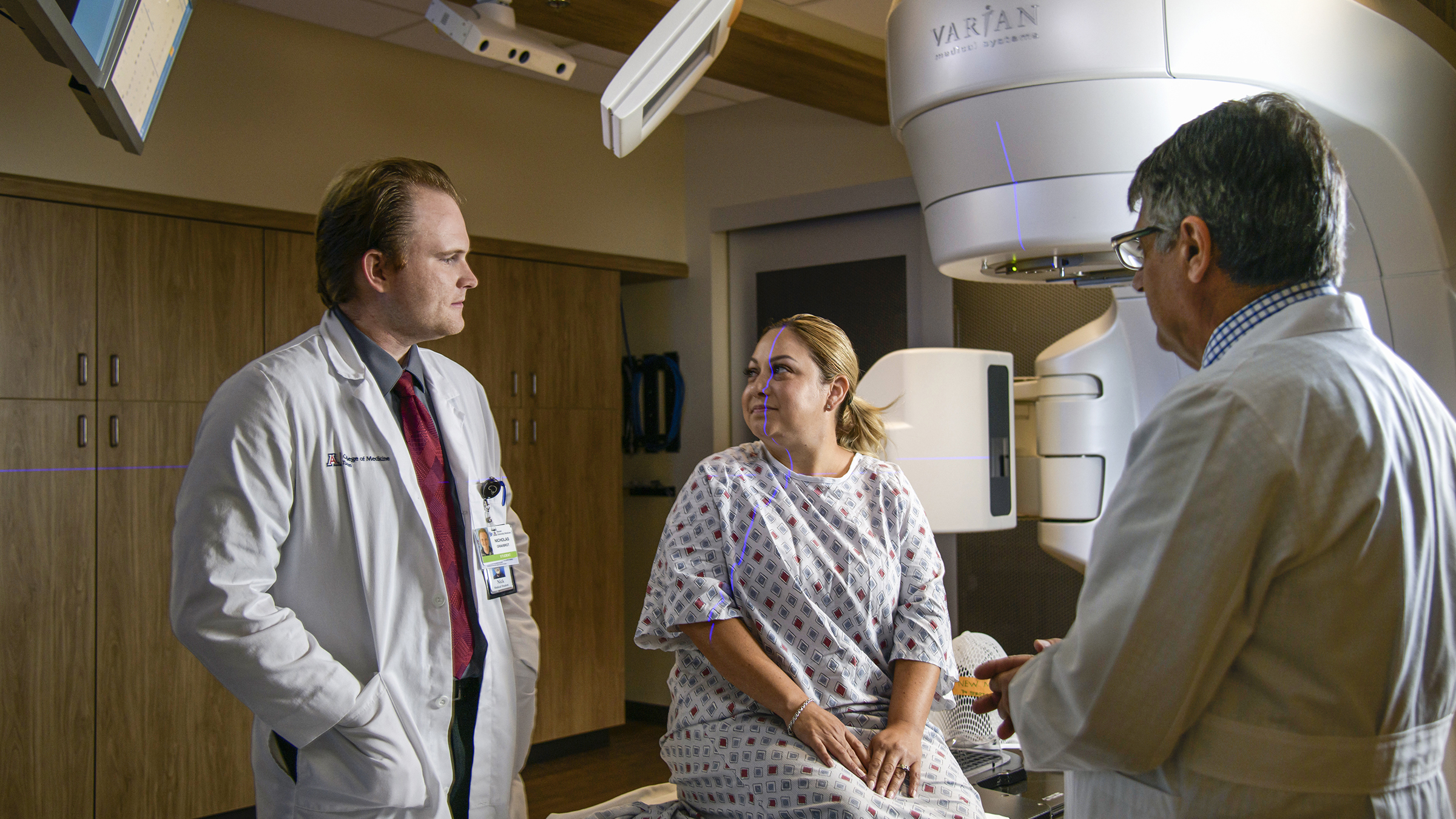 A Genetic Approach to Treating Glioblastoma

Glioblastoma, a deadly brain cancer that has grabbed headlines over the years for claiming the lives of Sens. Edward Kennedy and John McCain, someday might be “tricked” into sparing more of its victims. 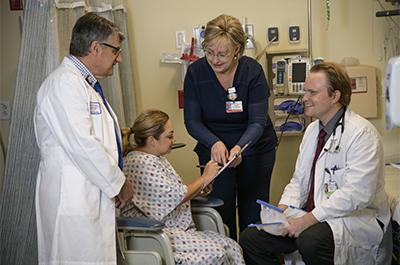 A team of University of Arizona Health Sciences researchers searched for genetic differences between glioblastoma cells from long- and short-term survivors. They found that individuals who survived longer produced a protective protein, which someday might be harnessed to extend survival.

With surgery, followed by chemotherapy and radiation, adults with glioblastoma survive for an average of 11 to 15 months. Some succumb sooner, while others outlive their initial prognosis by months or even years.

“Glioblastoma is notoriously aggressive, but some glioblastomas behave more aggressively than others,” said Nicholas Gravbrot, third-year medical student at the UArizona College of Medicine – Tucson. “Some patients survive only a few months, others survive a couple of years and a select few survive more than five years.”

Gravbrot was a key member of the research team, probing electronic medical records to gather essential information. Using brain-tissue samples, the team matched each sample’s genetic profile with what they knew about the patient’s survival.

After sifting through 800 genes in 23 glioblastoma samples, the team made a crucial connection: Long-term survivors appeared to pump out an abundant supply of a protein called WIF-1, which suppresses the Wnt signaling pathway - a collection of genes that is normally involved with tissue maintenance, but which can also fuel tumor growth if it becomes overactive.

“The cure will not come from more radiation or more surgery — glioblastoma is a genetic problem that we have to solve genetically.”
Baldassarre “Dino” Stea, MD, PhD

“The Wnt pathway is ‘deranged,’ and WIF-1 is the police. Cancer grows when there aren’t enough police to keep the deranged person in check,” said Baldassarre “Dino” Stea, MD, PhD, head of the UArizona College of Medicine – Tucson Department of Radiation Oncology. “Some people are endowed with more WIF-1 and survive longer.”

Although testing for the WIF-1 gene someday may help predict which patients will survive longer, a greater hope is - with enought time and funding - this work will lead to a drug that targets glioblastoma tumors with more precision than standard treatment, “tricking” cells into tamping down Wnt signaling.

“In the past 15 years, only one drug — temozolomide — has been invented, whereas the rest of the cancer field is zooming forward. We hope to create a drug to suppress the Wnt pathway so that everybody survives longer,” Dr. Stea said. “It would be the pot of gold at the end of the rainbow.”

“I think we have reached the apex of what the surgeon can do and have achieved the most we can with radiation,” he said. “The cure will not come from more radiation or more surgery — glioblastoma is a genetic problem that we have to solve genetically.”

One potential benefit of enlisting human genetics in the fight against glioblastoma is to enhance the effects of radiation, which kills cancer cells by damaging their DNA. Glioblastomas have a special ability to repair this DNA damage, diminishing radiation’s effectiveness.

By taking cues from WIF-1, scientists might be able to weaken glioblastoma’s ability to repair radiation-damaged DNA.

“I’m poking holes in the DNA of glioblastoma cells, and the Wnt pathway goes back and helps to repair the damage,” Dr. Stea said, referring to his work as a radiation oncologist. “It’s like I’m exploding a bridge so the enemy cannot cross, but overnight they rebuild the bridge.”

By taking cues from WIF-1, scientists might be able to weaken glioblastoma’s ability to repair radiation-damaged DNA.

“The Wnt pathway activates DNA repair. If we can suppress Wnt, we also suppress DNA repair. When we mimic that in the lab by adding WIF-1 protein to glioblastoma cells, they become more sensitive to radiation,” said Eric Weterings, PhD, an assistant professor at the UArizona College of Medicine – Tucson Department of Radiation Oncology who also contributed to the study.

“Right now, I can only give so much radiation. If we exceed that threshold, we’re more likely to damage the brain,” Dr. Stea added. “We have a hint that WIF-1 can help radiation do a better job, compounding its cancer-killing effect.”

For a serious disease like glioblastoma, which Dr. Stea describes as “essentially incurable,” any progress is valuable.

“It’s a step forward,” said Dr. Weterings. “In the future, this work might give us a larger and yet more specific arsenal of options to treat this disease.”