A series of unexplained medical scares led Amy Arias to pursue a dream later in life than most of her peers.
October 6, 2021

Amy Arias, a first-year medical student at the University of Arizona College of Medicine – Phoenix, found her calling later than most of her peers. She had just turned 30 and was sitting at a table with her husband and three kids as she mulled over the next step in her life. Motivated by numerous devastating and confusing medical issues in her family, Arias knew she wanted to do something in health care.

‘I just wish I could be a doctor,” Arias told her family.

“But mom, why can’t you?” her oldest son asked.

A light bulb went off in Arias’ head.

“When he said that, I guess I had never even considered it as an option,” said Arias. Now, more than five years later, Arias is getting closer to seeing her dream of becoming a doctor turn into reality. This past summer she was selected as an awardee of the Primary Care Physician Scholarship Program, which will cover her tuition costs at the UArizona College of Medicine – Phoenix.

“The scholarship is a big deal for my family,” said Arias, who is a first-generation college student. “Not only is it a relief financially, but for me personally, it’s also validation.”

“It always stayed with me.”

In 2009, the Arias family was returning from a trip to Disneyland. Arias, eight months pregnant with her daughter, was sitting next to her husband, Adrian. Their two sons were in the back seat. 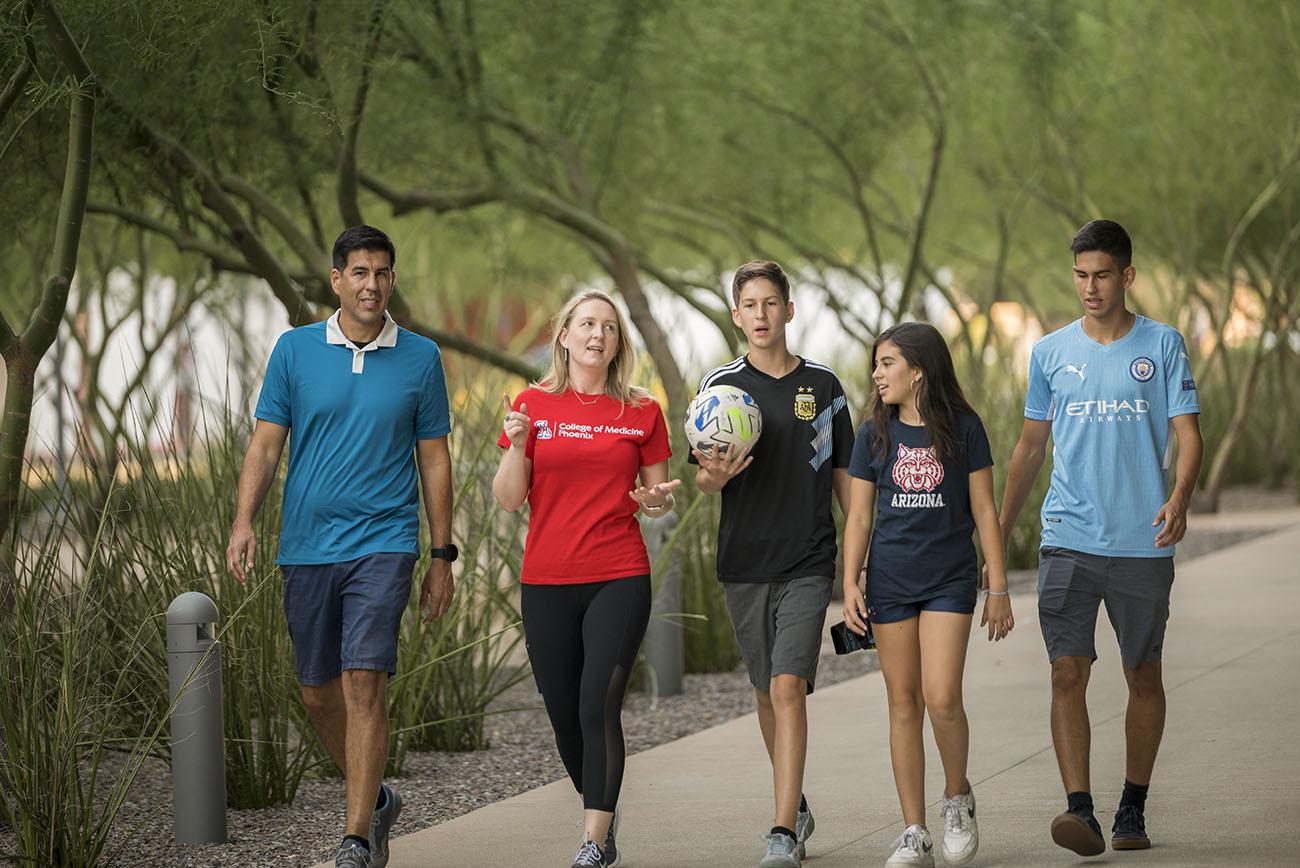 Adrian’s vision was starting to blur, and when he woke up the next morning, it was worse. An appointment with an ophthalmologist later that day prompted a referral to several specialists as Adrian’s vision continued to deteriorate. Within weeks, he was legally blind.

The family had been preparing to move to Adrian’s native country, Ecuador, but those plans were put on hold for nearly two years as they struggled to get an explanation for what had happened to Adrian’s vision. Steroid injection treatments eventually helped Adrian regain his eyesight, but Arias needed to understand what happened to her husband. Neither medical experts nor Arias’ own research revealed a cause.

“It always stayed with me,” Arias said. “There’s so much we still don’t know.”

The family eventually moved to Ecuador, where Arias stumbled into a career as an English teacher at an international community college. Things were going well for the family of five, though Arias was plagued by chronic urinary tract infections. During a routine abdominal ultrasound, a medical technician discovered an 11-centimeter mass in Arias’ abdomen. 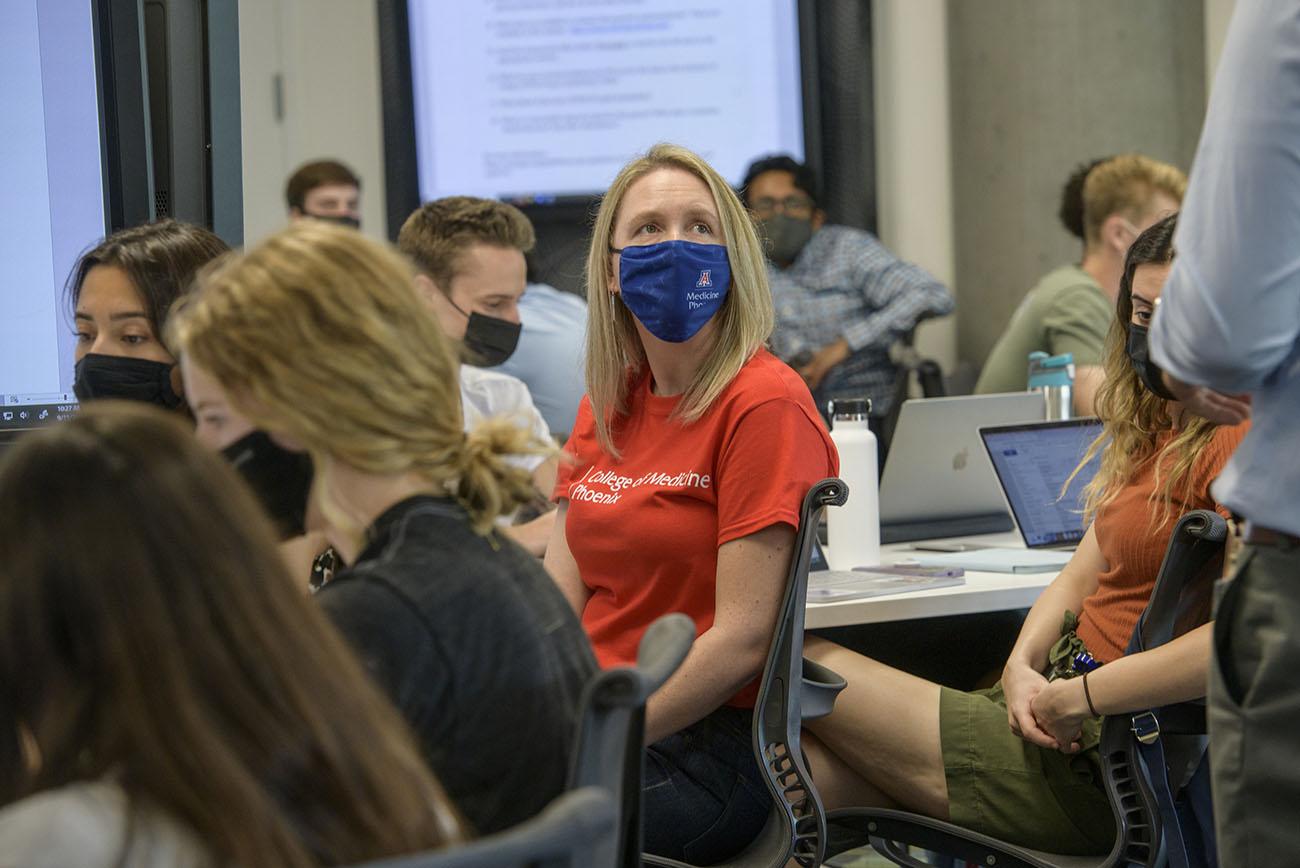 “It scared me,” Arias said. “It was caught coincidentally because it was not related to the problem I was coming in with.”

The ultrasound technician thought it might be an adrenal mass, but pinning down a diagnosis proved challenging. One doctor hypothesized it was a cyst on her spleen; another thought it had been caused by inflammation and wanted to remove her entire spleen.

Lacking confidence in the conflicting diagnoses, Arias and her family returned to the United States for medical care. Doctors diagnosed a splenic hematoma, or a calcified mass on her spleen, which was surgically excised without having to remove her entire spleen.

To this day, doctors and Arias don’t know what caused the hematoma.

The health issues Arias and her husband endured were just two of many the family has faced together. Seeing firsthand the gaps in access to quality health care along with a search for better answers slowly fueled a passion inside Arias. 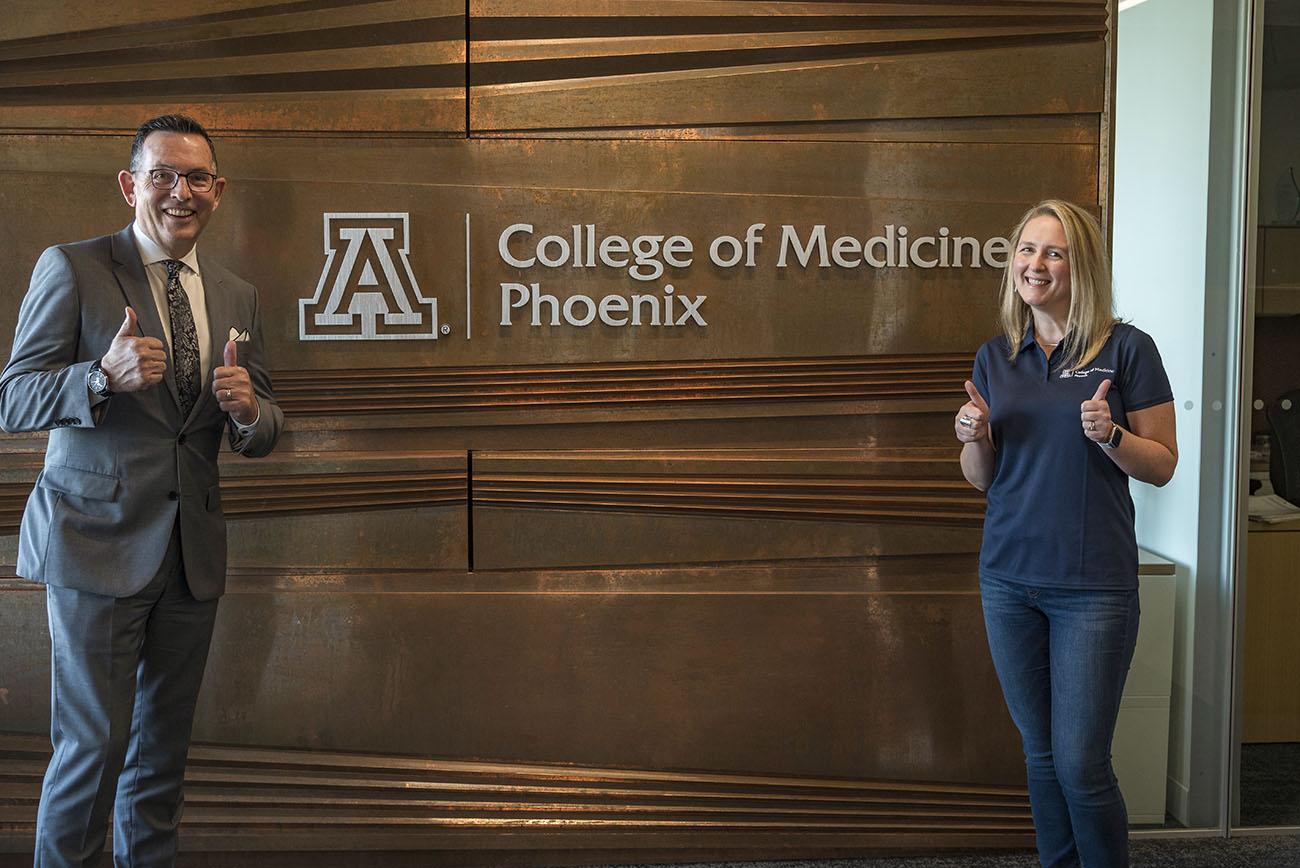 “While I was in Ecuador, I would reflect on everything my husband had gone through, and I knew I wanted to pursue something in health care,” Arias said. “I told myself, if I ever get the opportunity to go back and live in the U.S., I’m going to make the most of it. I’m not going to give myself any excuses.”

Arias recovered from her procedure, but the quick return to the U.S. meant the family was starting from scratch – they left everything except their suitcases behind in Ecuador. Arias was struggling to take the first step in pursuing her dreams when she was motivated by her son’s simple words as the family was gathered around the table. Still, one significant problem remained: the costs associated with medical school.

Beginning her quest to become a doctor, Arias was admitted into the Pathway Scholars Program at the College of Medicine – Phoenix, where she earned a master’s degree in medical studies. In April, Arias applied for the Primary Care Physician Scholarship Program. The program helps address the urgent need for primary care physicians in the state by covering medical school tuition for those willing to practice in a rural or urban underserved community in Arizona in one of seven primary care specialties: family medicine, general internal medicine, geriatric medicine, general pediatrics, general surgery, psychiatry, and obstetrics and gynecology.

“Amy embodies everything we were looking for as we awarded the Primary Care Physician Scholarship.”Glen Fogerty, PhD

“I really didn’t think I would get it,” Arias said. “I kept telling myself I would have to figure something else out.”

In June, Arias was in her kitchen checking emails on her phone when tears began streaming down her face. She had been notified that she was awarded the scholarship.

“Amy embodies everything we were looking for as we awarded the Primary Care Physician Scholarship,” said Glen Fogerty, PhD, associate dean for admissions and recruitment at the College of Medicine – Phoenix. “This scholarship will allow her to reduce her cost of education, continue to support her family and be able to give back to the community that is currently supporting her and her family. To me, this is a perfect combination and exactly why this scholarship was developed.”

After sharing the news of her scholarship with her family, Arias was compelled to express her gratitude by writing a letter to Dr. Fogerty and the selection committee. 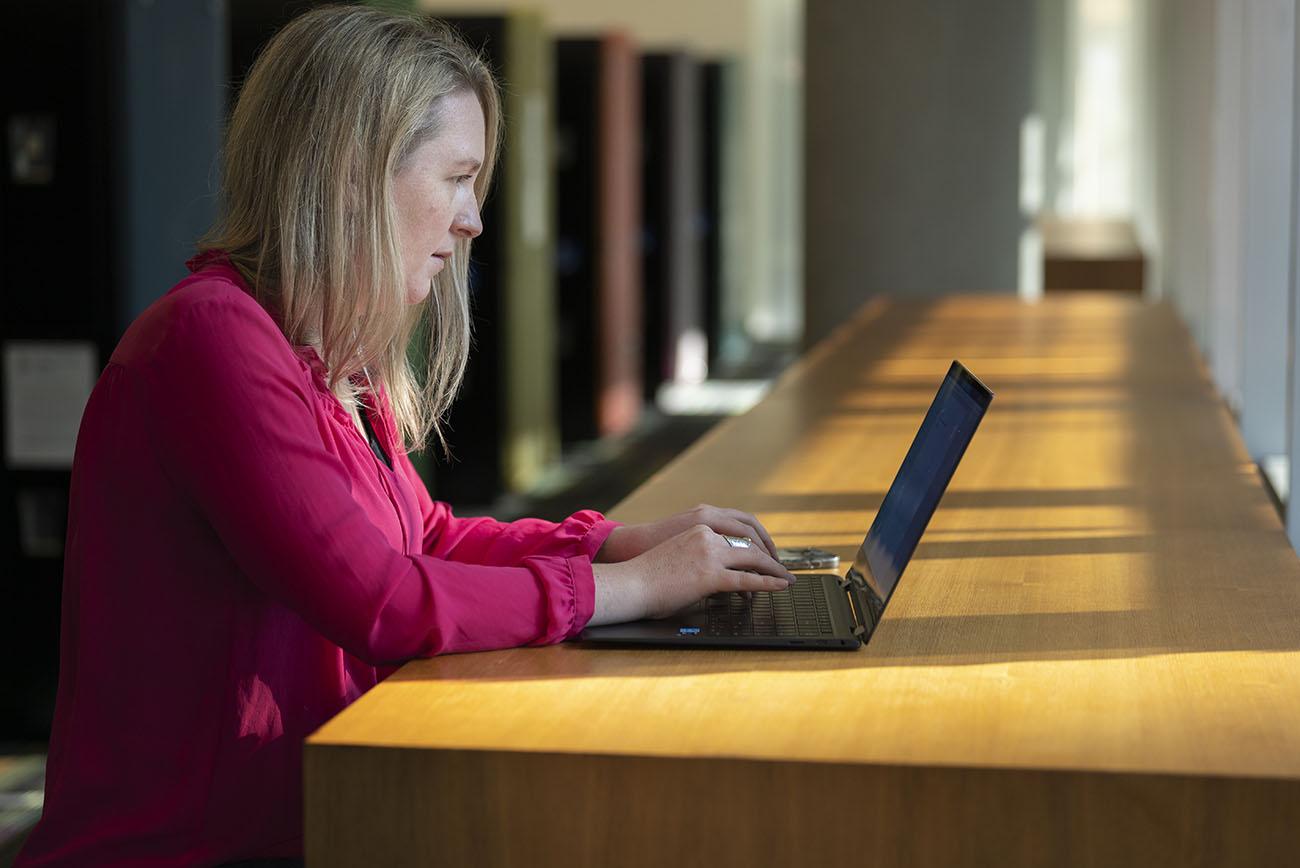 “I wanted to let them know that they need to keep doing this program,” Arias said. “There are so many disadvantages of not having people in your life who have traveled the path ahead of you, and the means to pay for medical school is just one of them. Not all medical students come from a background where they know doctors and have the experiences and the finances that can lead them to this career.”

Arias, whose son Adrian begins college next year, is still contemplating which area of medicine she will focus on, though obstetrics and gynecology or family medicine are high on her list. Having lived in Ecuador for four years, Arias knows the impact she can have in Hispanic communities as a bilingual medical professional.

“I really want to work in an underserved area here in Phoenix,” Arias said. “I feel called to serve this community.”